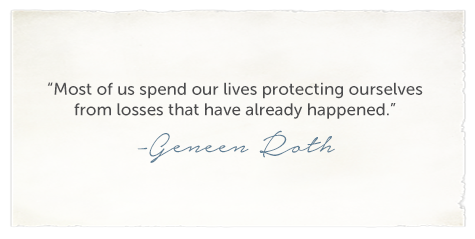 What is FAF? So glad you asked…FAF stands for Forgiveness, Acceptance, and Fun. If you’re new to the “saying ‘yes’ to life” series, in my last post I talked about how difficult it is to change because of the struggle we have with allowing ourselves to do it. Today I want to focus on the next step… forgiveness.

Where do we start? The easiest place-with others. I don’t care what they’ve done to you. I really don’t because here’s the thing- forgiveness is NEVER for the other people. It’s for you, to allow you to breathe free again. To not sit under the weight of all that negativity. Not to mention by holding on to all of that you give people (that I am 100% positive don’t deserve it) room in your heart, your body, and your mind where they don’t belong.

Let me give you an example. I live in a town where people expect you to be the same person you were in high school (because let’s face it, most of them are), and the town past-time is talking crap about people they don’t even know because it makes them feel better about themselves. But at the risk of aging myself, I’m going to raise the bullshit flag and say “it’s been 20 years people! Give me a break!” What’s worse is that I wasn’t even the person they thought I was then so to think I’d be that person now is absurd. But how would they know that? Honestly, how would they? We don’t talk. We aren’t friends so we don’t hang out. They have never really known me, so is it really their fault? Not entirely. I’ve played a role in keeping people at arms’ reach. So what am I going to do about it? Spend all of my time trying to prove to them something else? Be mad at them forever? Absolutely not! Not anymore anyway. And what really frosts my cookies is how much time I spent doing those things. I allowed myself to be held hostage by their beliefs about me, and that’s on me.

That’s a lame example I know, and I can hear some of you yelling at me that this can’t possibly include the really bad things, but it does. I could have discussed my sexual assault, abuse, or any of the other number of things I’ve experienced, but I don’t feel the need to be that dark today. What I am saying is that I’m including all of those a-holes in this too.

Yes, there are a lot of people that just suck, but I forgive them for that because this life is what I make of it. Who cares about them?  And think of it this way- does any of that anger or blame actually affect the person it’s aimed at? I’m going to be very honest and tell you that no, it doesn’t. I would actually bet that they don’t even care, or recognize, how you feel- which probably pisses you off that much more, but again- it’s only hurting you. Stop hurting yourself because someone else sucks.

This brings me to the second, and by far hardest part- forgiving yourself. Same rule applies- I don’t care what you’ve done on your path to this moment. It’s in the past and you deserve a fresh start so let it go. Forgive yourself for all of it and take your first free step into a new world. Part of that is forgiving yourself for not doing it sooner. It’s easy to get caught in the thinking that if you had only done this (or something else) sooner how much farther along you’d be or whatever else you tell yourself, but I will tell you that it had to be this way. Everything comes at the time it’s meant to. Trust that. Let it go.

In my case, what I really had to do was forgive myself for falling victim to the bullshit, drama, and attempted pain that other people brought into my world. Forgive myself for holding myself back from things I wanted to do because I didn’t want to deal with petty people that in the long run really don’t matter. Forgive myself for a whole lot of mistakes, for putting myself in horrible situations, for allowing so many things to go unexplained or handled, for not knowing myself better at times, for not getting educated and informed before charging forward on something…and the list goes on. I have to remember that I really have come a long way through all of these things and I did the best I could with what I had in every moment. I have to remember that I know better who I am and forgive myself for forgetting that and letting others (or events) define me. It hasn’t been easy, but it has been worth it.

Let me be clear here- I am not in any way suggesting you bring people back into your life that don’t deserve to be there. I’m not even suggesting you tell them you’ve forgiven them. No conversation is necessary at any point if you don’t want there to be one.  Forgiving them doesn’t change that it happened, doesn’t absolve them from their actions, nor am I asking you to pretend it didn’t happen. I am suggesting that you let go of the pain, the fear, the anger, the hurt, the blame, and every other negative emotion that has taken over your existence because it is not helping you, serving you, or building you up to be better.

I am asking you to take a stand and say that you will no longer allow another person or event to have power over you in such a way that you carry around the burden of destructive emotions.

This is all about you and the only way you can grow and improve is through forgiveness. First by forgiving others, then by forgiving yourself.

“Holding on to anything is like holding on to your breath. You will suffocate”- Deepak Chopra

Forgive them, forgive you, let it go and then accept yourself. And that’s for next time…